The Brothers Four is an American folk singing group, founded in 1957 in Seattle, Washington, known for their 1960 hit song "Greenfields".

Bob Flick, John Paine, Mike Kirkland, and Dick Foley met at the University of Washington, where they were members of the Phi Gamma Deltafraternity in 1956 (hence the "Brothers" appellation).

Their first professional performances were the result of a prank played on them in 1958 by a rival fraternity, who had arranged for someone to call them, pretend to be from Seattle's Colony Club, and invite them to come down to audition for a gig. Even though they were not expected at the club, they were allowed to sing a few songs, and were subsequently hired. Flick recalls them being paid "mostly in beer."

They left for San Francisco in 1959, where they met Mort Lewis, Dave Brubeck's manager. Lewis became their manager and later that year secured them a contract with Columbia Records.

Their second single, "Greenfields," released in January 1960, hit #2 on the pop charts, sold over one million copies, and was awarded a gold disc by the RIAA. Their first album, Brothers Four, released toward the end of the year, made the top 20.

Other highlights of their early career included singing their fourth single, "The Green Leaves of Summer," from the John Wayne movie The Alamo, at the 1961 Academy Awards, and having their third album, BMOC/Best Music On/Off Campus, go top 10.

They also recorded the title song for the Hollywood film Five Weeks in a Balloon in 1962 and the theme song for the ABC television series Hootenanny, "Hootenanny Saturday Night," in 1963. They also gave "Sloop John B" a try, released as "The John B Sails".

The British Invasion and the ascendance of edgier folk rock musicians such as Bob Dylan put an end to the Brothers Four's early period of success, but they kept performing and making records, doing particularly well in Japan and on the American hotel circuit.

The group, with Jerry Dennon, built a radio station in Seaside, Oregon (KSWB) in 1968. The station was subsequently sold in 1972 to a group from Montana, and later to a self-proclaimed minister, and finally merged into a larger conglomerate of radio stations.

The group attempted a comeback by recording a highly commercial version of Dylan’s “Mr. Tambourine Man,” but was unable to release it due to licensing issues, and The Byrds eventually stole their thunder by releasing their heralded version.

The songs that are part of the disc selection are the following: 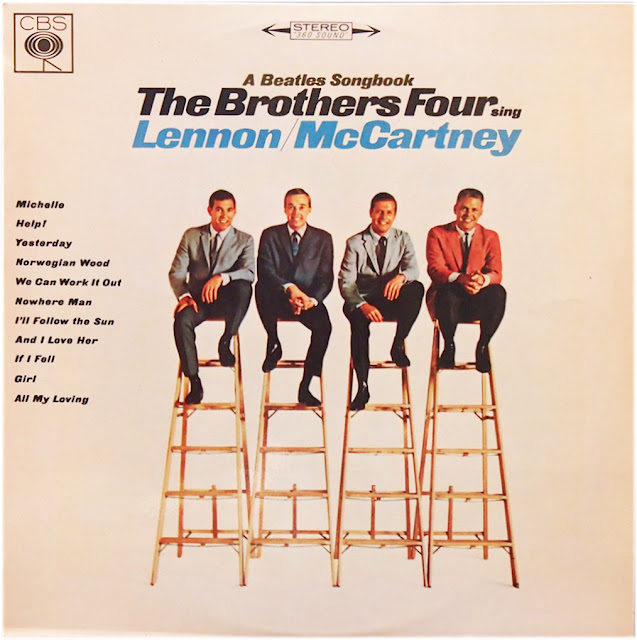 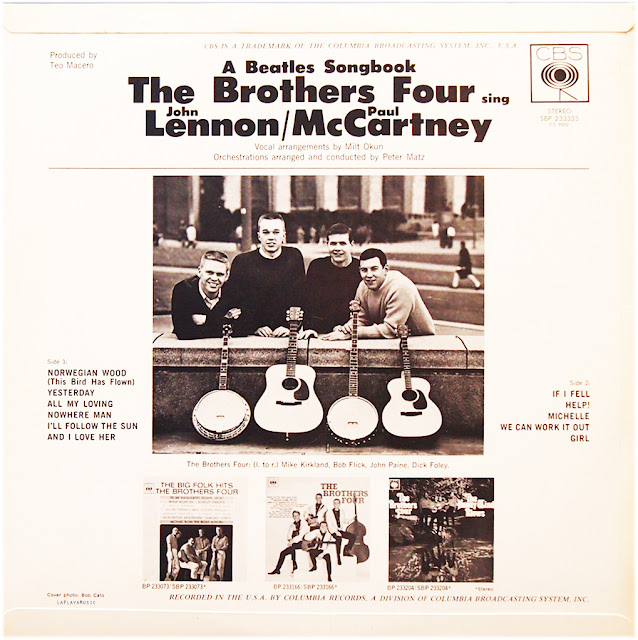 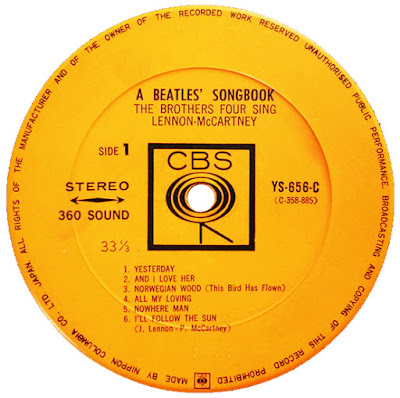 In today's post, we present a compilation prepared by the blog, songs of the Beatles played by David Bowie.

The selection consists of the following songs: 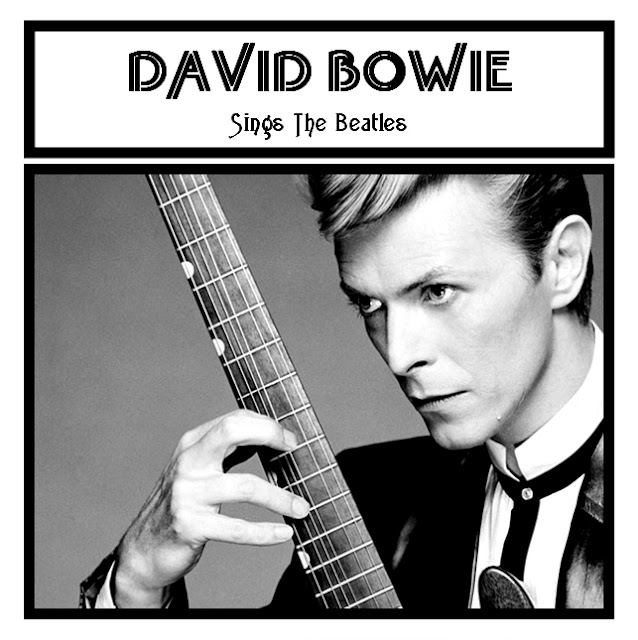 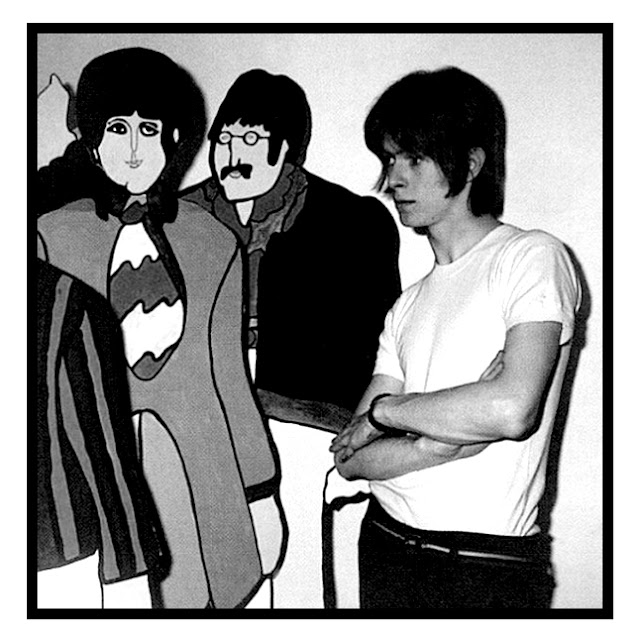 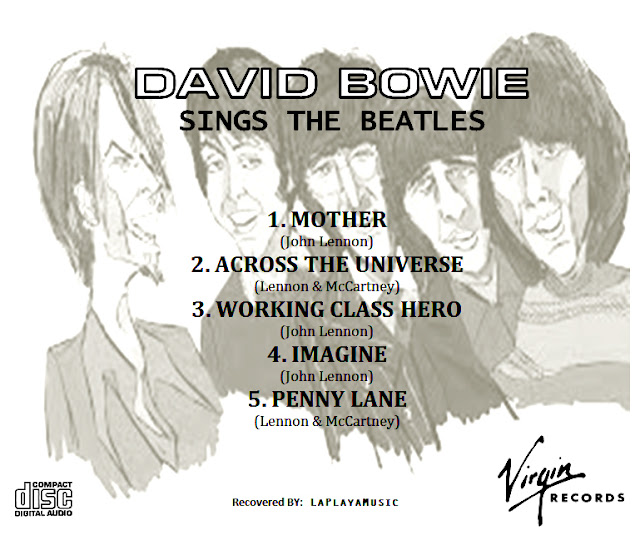 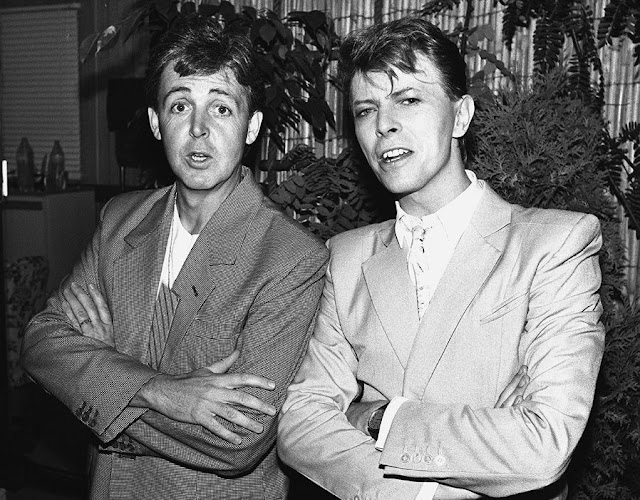