All This and World War II is a 1976 musical documentary that juxtaposes Beatles songs, performed by a number of musicians, with World War IInewsreel footage and 20th Century Fox films from the 1940s. It lasted two weeks in cinemas and was quickly sent into storage.

Although it was rumored that Terry Gilliam turned down the offer to contribute animation to the documentary, Russ Regan, who conceived of the film, has stated that Gilliam was never asked. 20th Century Fox asked Susan Winslow to direct with a budget of $1.3 million.  Winslow had previously participated as a researcher in the crew that produced “Brother, Can You Spare a Dime?” (Directed by Philippe Mora) which married 1930s newsreel and mostly Warner Bros. movie footage to gramophone songs of the period. The musical director was Lou Reizner, who also produced the soundtrack album.

Critics savaged the movie with gusto, audiences stayed away, and Fox promptly yanked the film from release. The reviewer in the New York Daily News wrote that the film's PG rating had to have stood for "Positively Ghastly". It appeared out of competition at Cannes in 1977, has occasionally been shown at film festivals, and even on American cable TV. On June 1, 2007 the film played a single midnight show at Landmark's Nuart Theatre in Los Angeles.

The film has never been officially released on home video or DVD, but bootleg copies of the film are available from several collector-to-collector resources. A fairly high quality transfer is also available as an unofficial DVD release.

The original intention of the filmmakers was to use actual Beatles music in the film. The decision to use other artists covering Beatles music was made by the film's producers after they realized additional money could be made through a soundtrack album. The decision was a sound one, as the soundtrack actually generated more revenue than the film.

The album reached number 23 on the UK album charts, with a total of seven weeks on the chart. Elton John’s rendition of Lucy in the Sky with Diamonds, when previously released as a single in 1974, had been a number one hit. Rod Stewart’s version of Get Back was subsequently released and became a UK hit single. Ambrosia’s cover version of Magical Mystery Tour was released and became a US hit single reaching #39 on the Billboard Charts.

The Bee Gees, who contributed three songs, would go on to star in Sgt. Pepper's Lonely Hearts Club Band, another film that exclusively used Beatles songs.

The album this posting was launched in 1976 by Warners Bros. Records, in two discs containing the following songs: 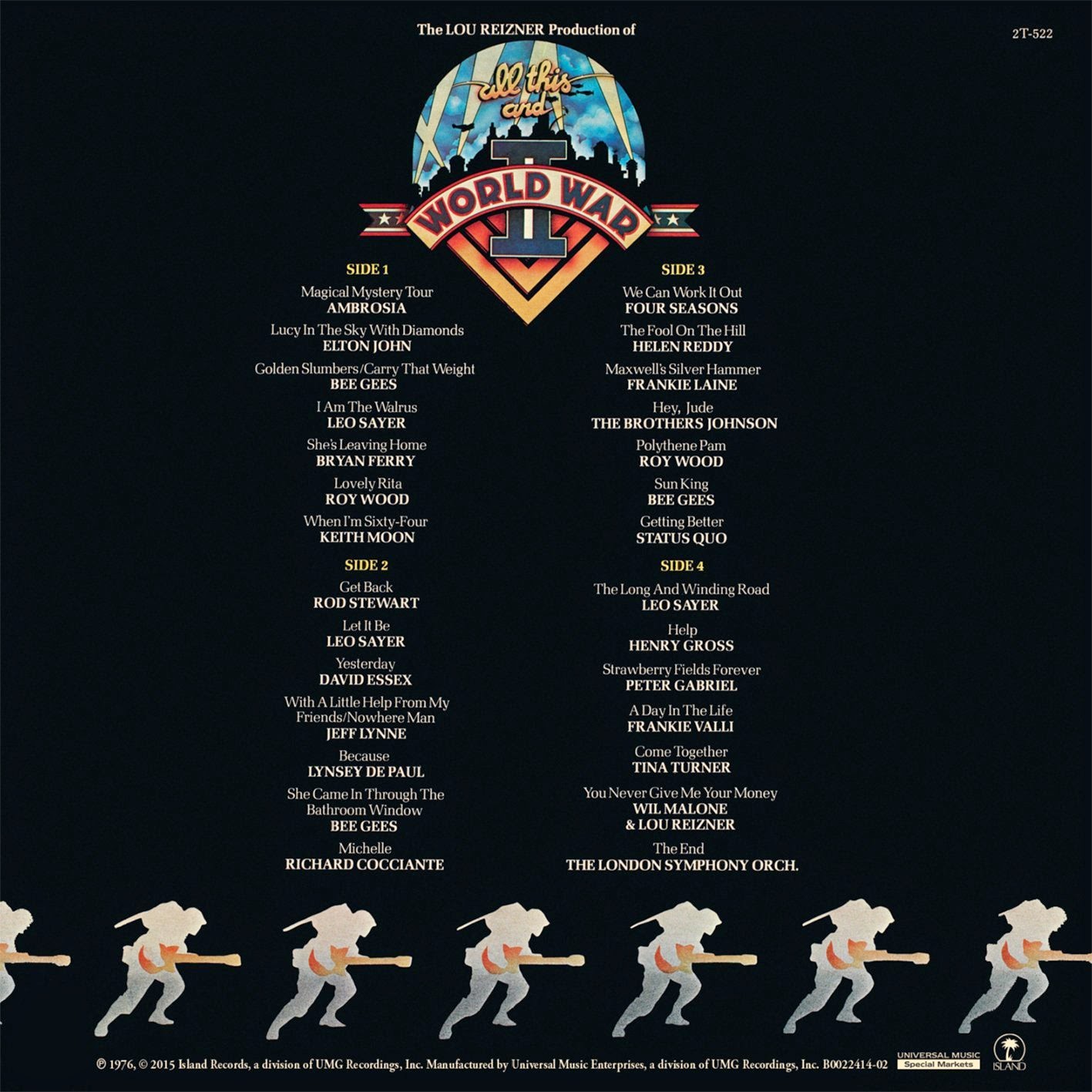 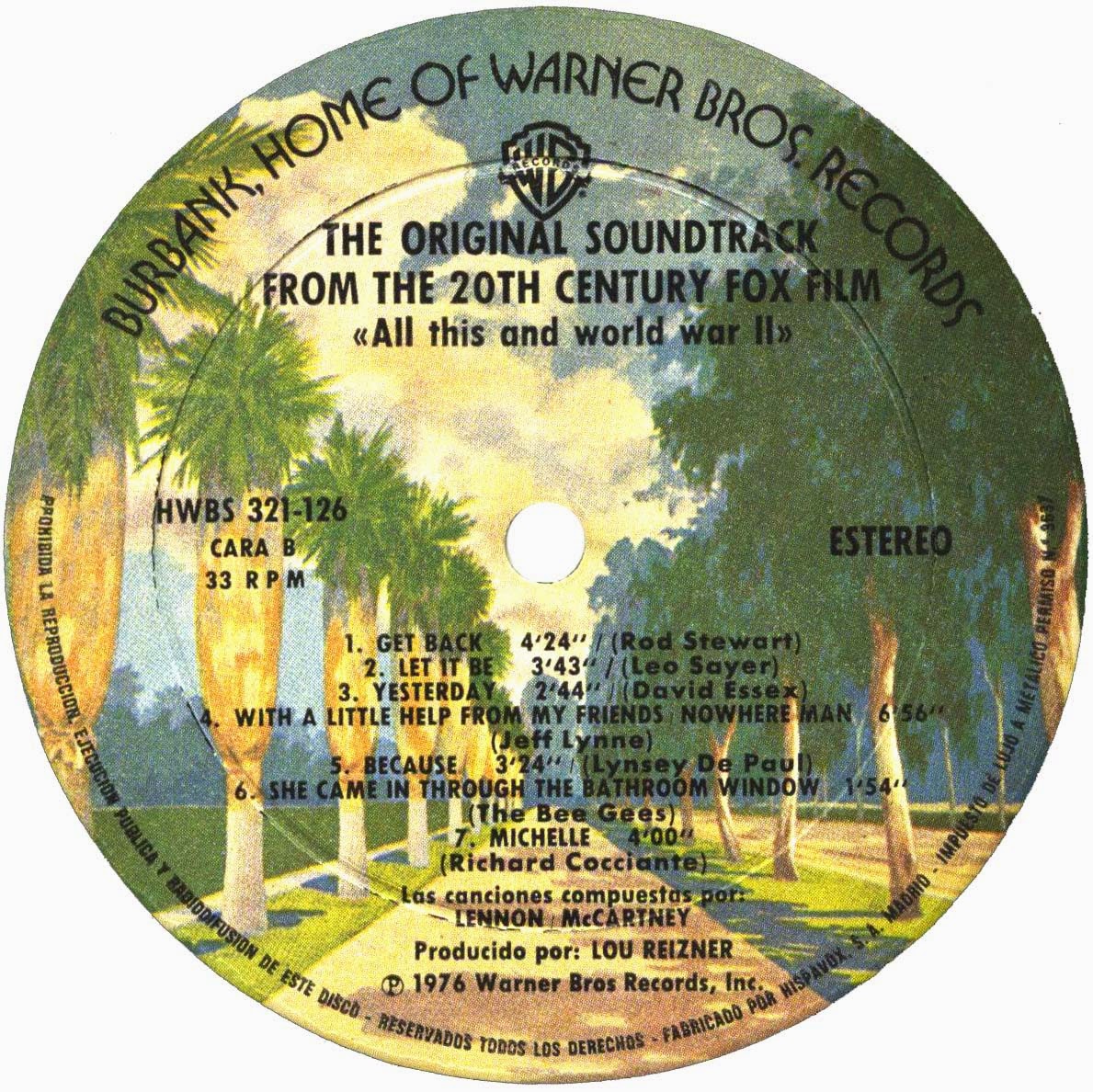 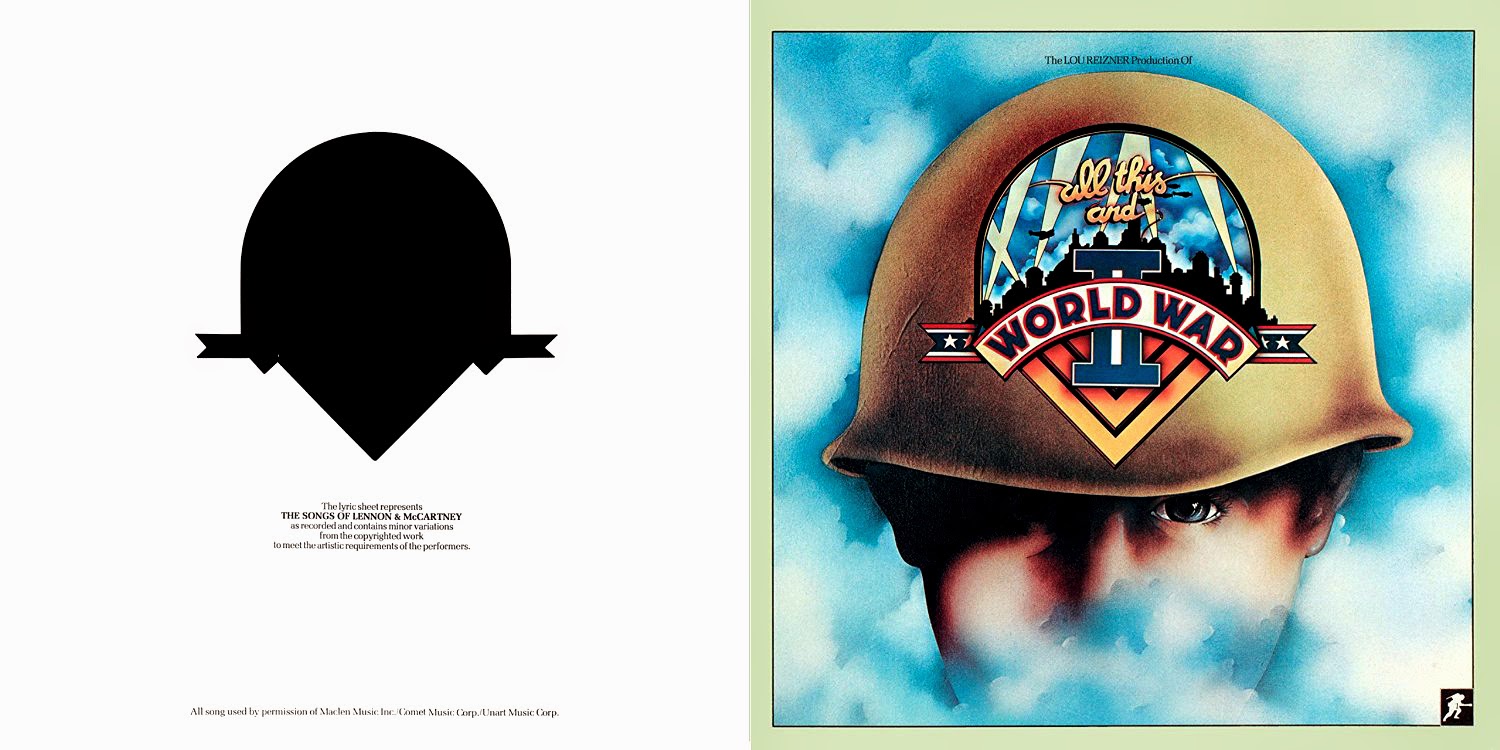 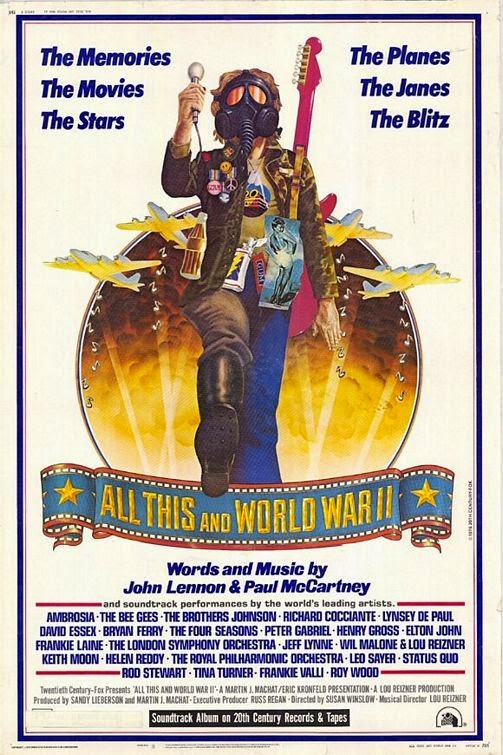 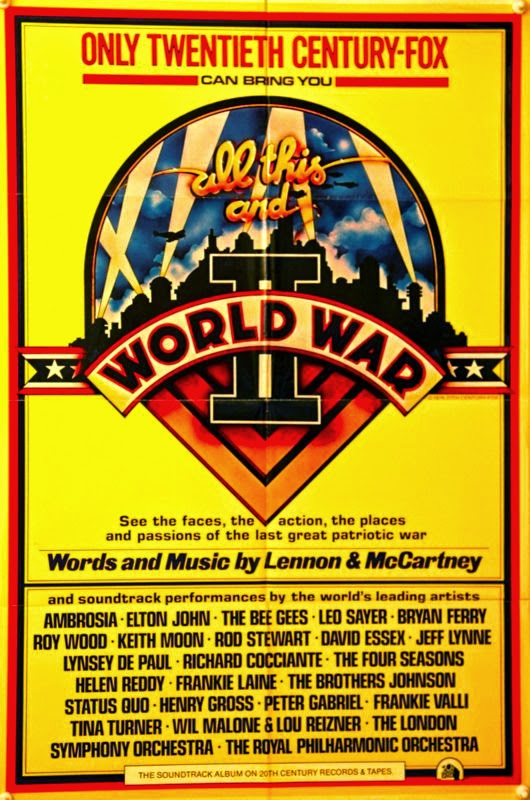 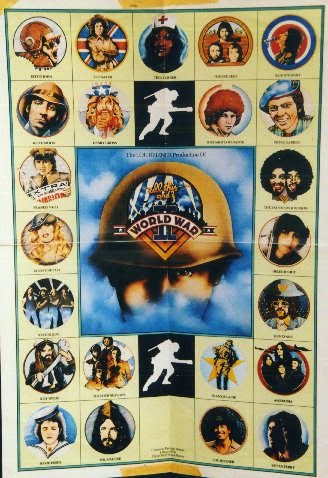 ALL THIS AND WORLD WAR II - SOUNDTRACK