Ian and the Zodiacs was an English rock and roll band formed in 1958, originally known as The Zodiacs, in Liverpool, England. Led by Ian Edwards (1943–2007), the band existed in relative obscurity until relocating to Germany in 1964 where they achieved national success. During the band's three-year stint in Germany, they released three albums under their name, exclusive to the country until their re-release. They also released two cover albums featuring material by The Beatles with the name, The Koppykats.

The band formed as a jazz group in 1958, and performed under the name, The Zodiacs. The group came together following an audition at a local venue called Savoy Hall. In the spring of 1960, Ian Edwards departed from his band, The Deltones, and joined The Zodiacs.

From that point on, the band became known as Ian and the Zodiacs, and shifted their style from jazz to rock and roll. Following several personnel changes, the lineup for the group included Edwards as lead vocalist, Pete Wallace on lead guitar, Geoff Bethell on piano, Charlie Finn on bass guitar, and Cliff Roberts on drums. The band played top venues in the area, and became the resident group for St. Lukes Hall (The Jive-Hive).

During their touring, they found their manager, Ralph Webster. On 4 January 1962, Mersey Beat released a poll citing the band was the eleventh most popular Merseyside group. The band released their first single on the Oriole label in 1963 to limited success. Edwards recalled, regarding their inability to achieve success in England, "We spent too much time at the Grapes". The Grapes being the place where bands would take breaks from performing. In May 1964, the band got rid of Bethell and auditioned Geoff Bamford to replace Roberts on drums.

Later in 1964, the band travelled to Hamburg, Germany for what was supposed to be a month of touring. The band would remain in the country for the next three years after gaining widespread popularity amidst their touring and television appearances. Edwards' distinctive vocals helped develop the group's reputation, and set them apart from other acts. Their act was centered on US, and UK hits along with some of their own original material.

They became promoted by Manfred Weissleder, owner of the Star-Club, who featured them in his various clubs, and were joined by drummer Joe Walsh. Following a car accident in May 1965, Wallace and Walsh departed, and were replaced by Freddie Smith and Arthur Ashton. The band released three albums, all of which charted in Germany, during their stay in the country. The albums, Star Club 7, Just Listen to Ian and the Zodiacs, and Locomotive!, were all released on the Star Club label. The material from the albums ranged from rock and roll, pop rock, and later soul influences.

Outside the band name, they released two cover albums consisting of The Beatles compositions under the name, The KoppyKats. Their biggest selling hit in the UK, 1965's double album The Beatles Beat, was recorded on a limited budget, but was still relatively successful. Another Beatles cover album, Gears Again, followed with less success. In support of the albums, they released "Nowhere Man" and "Help!" as singles. The albums sold well thanks to the lower prices in comparison to The Beatles' releases.

The band released several singles, all on different labels, to the UK and the United States, and, despite failing to chart in the UK, still managed to achieve a regional hit in the US. Their single, "The Crying Game", became a number one hit in Texas, selling 250,000 copies. The band would have toured the US, but could not as they did not have green cards.

The band continued to tour throughout Germany until July 1967. Edwards' wife had fallen ill so he disbanded the group to return to England. He reformed the band the following year with German musicians, to lesser success. Two other incarnations of the band formed, one in 2000, touring Germany until 2003, and another in 2004.

From 2004 until his death in 2007 he made a comeback in Germany, performing at festivals in Hamburg, Weimar, Berlin and Cologne, as well as in Liverpool´s Cavern Club. He was backed by the German musicians Manfred Jung (bass), Jürgen Pfingst (lead guitar), Dr.Joachim Wagner (rhythm guitar) and Raimund Jung (drums). The backing group from Cologne, Germany, still performs as Ian's Zodiacs and as The Roaring Fourties, and is also well known in Liverpool.

In the 1990s, the band's albums were re-released by the Repretoire label. Five of the group's tracks, "Beechwood", "It Ain't Necessarily So", "Secret Love", "Let's Turkey Trot", and "You Can Think Again", have also appeared on the 1989 compilation album, This Is MerseyBeat. A greatest hits album called Wade in the Water was distributed by RPM which was composed of re-mastered songs by the band. 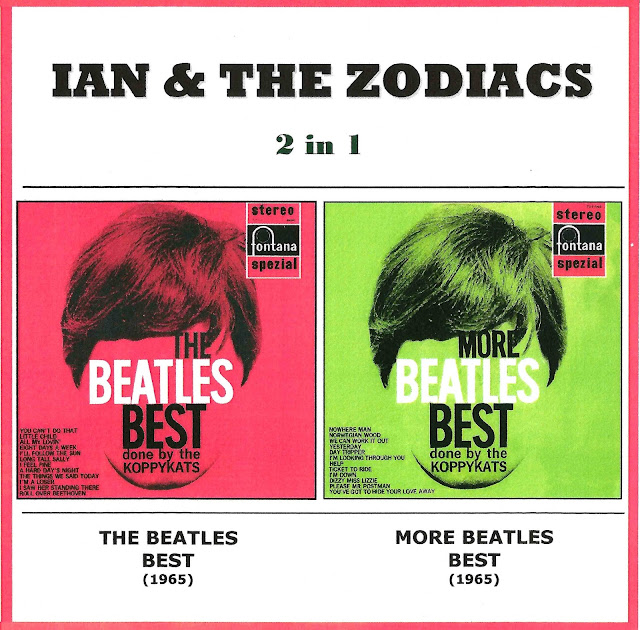 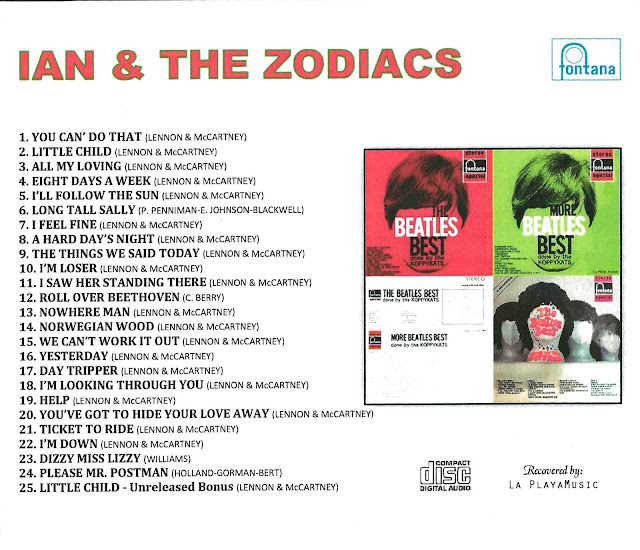 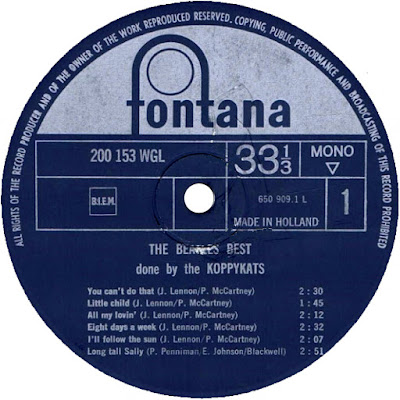 A seguir a seleção das canções: 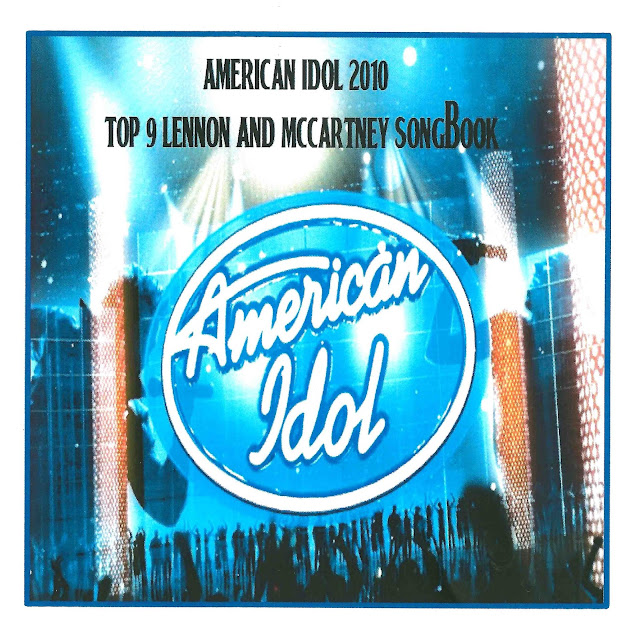 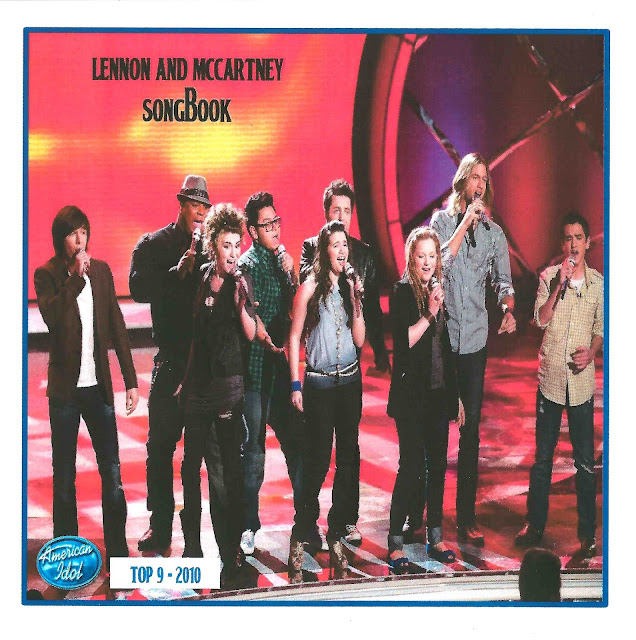 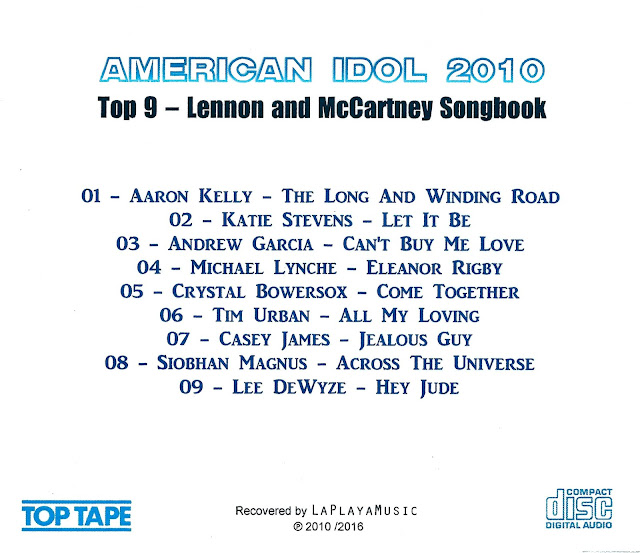 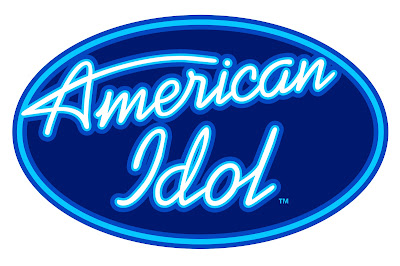 As a composer, she wrote Stripsody(1966), in which she exploits her vocal technique using comic book sounds (onomatopoeia), and Morsicat(h)y (1969), a composition for the keyboard (with the right hand only) based on Morse code.

Cathy Berberian was born in Attleboro, Massachusetts to Armenian parents, Yervant and Louise Berberian. The elder of two children, she spent the first 12 years of her life in Attleboro, then the family moved to New York City in 1937 where she graduated from Manhattan's Julia Richman High School for Girls.

From an early age, she showed an interest in Armenian folk music and dance as well as traditional opera. While still in high school, she was the director and soloist of the Armenian Folk Group in New York City. For a time, she was an undergraduate at New York University, but left to take evening classes in theatre and music at Columbia University, working during the day to support her studies.

She went on to study music in Paris with Marya Freund in 1948, and in 1949 she went to Milan to study singing at the Milan Conservatory with Giorgina del Vigo. In 1950, she received a Fulbright scholarship to continue her studies there. Although she had appeared in several student productions, radio broadcasts and informal concerts during the early 1950s, she made her formal debut in 1957 at Incontri Musicali, a contemporary music festival in Naples.

The following year her performance of John Cage's Aria with Fontana Mix in its world premiere, established her as a major exponent of contemporary vocal music. Her American debut came in 1960 at the Tanglewood Music Festival where she premiered Circles by the Italian composer Luciano Berio.

In 1967 Berberian took an artistic detour, releasing a 12-track album (recorded in Paris) that consisted entirely of quirky baroque-style cover versions of songs by The Beatles, entitled Beatles Arias.

The instrumental backing was scored for a classical string quartet or wind quintet plus harpsichord or organ. Most of the tracks were arranged by Guy Boyer, and most of the songs featured him on harpsichord. The original cover illustration for the album was by Gerald Scarfe.

The album was reissued on CD in 2005 with bonus tracks including a 1975 French radio interview, and three live tracks featuring Berberian performing songs from the album, recorded at French music festivals in the early 1980s, with accompaniment by Italian composer–musician Bruno Canino and arrangements by noted Dutch composer Louis Andriessen.

Sylvano Bussotti, John Cage, Hans Werner Henze, William Walton, Igor Stravinsky, and Anthony Burgess also composed works for her voice. Although Berberian was based in Milan from the time of her studies there, she taught at both Vancouver University and the Rheinische Musikschule in Cologne during the 1970s. Following her death, Berio composed Requies: in memoriam Cathy Berberian which premiered in Lausanne on March 26, 1984.

She is mentioned in the Steely Dan song "Your Gold Teeth" from the 1973 album Countdown to Ecstasy:

"Even Cathy Berberian knows / There's one roulade she can't sing."
Berberian was also a translator. With Umberto Eco she translated into Italian works by Jules Feiffer and, with other Italian translators, works by Woody Allen. Eco and Berberian worked together in other projects too and he nicknamed her magnificathy. This nickname with a different spelling chosen by Berberian herself: magnifiCathy was later used as the title of one of her most well known albums. 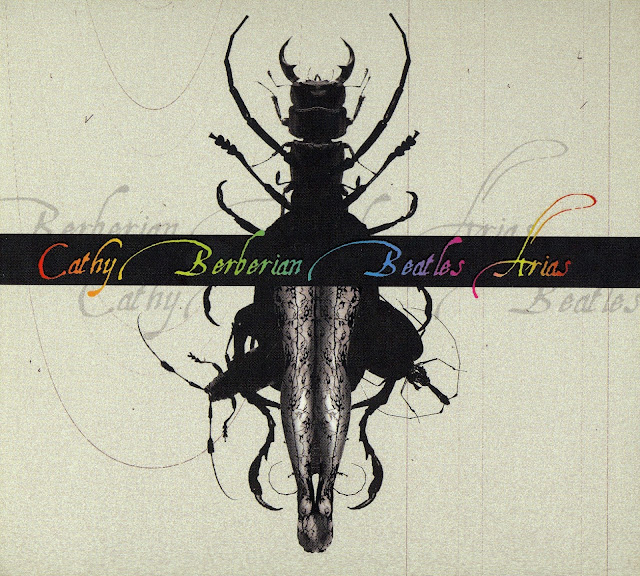 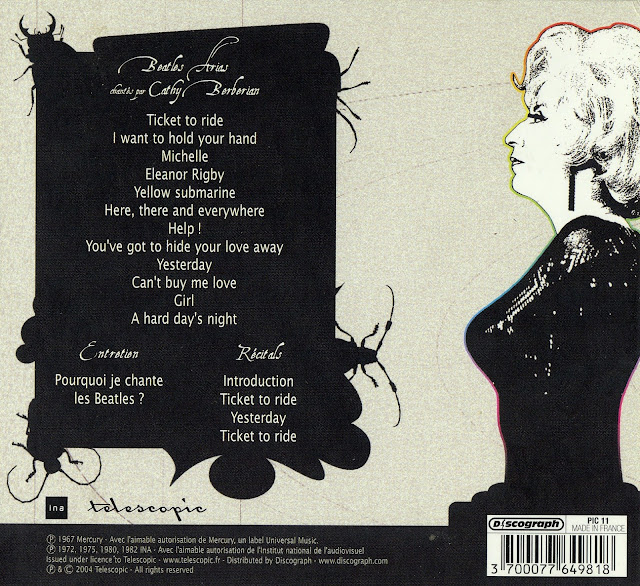 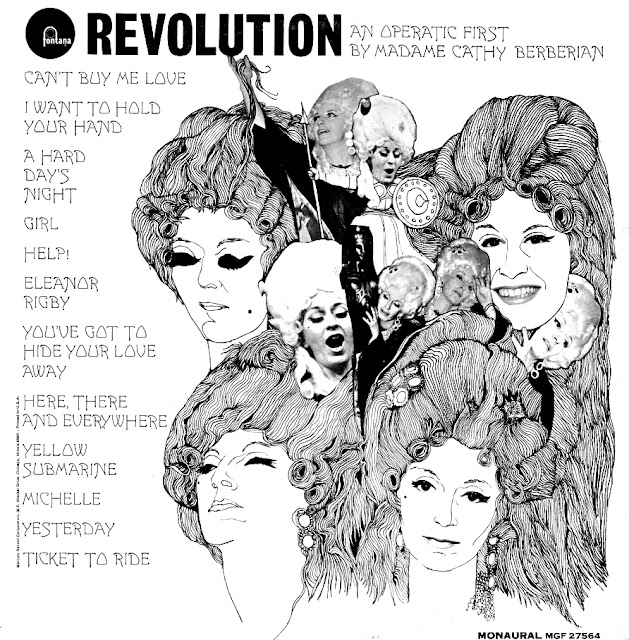 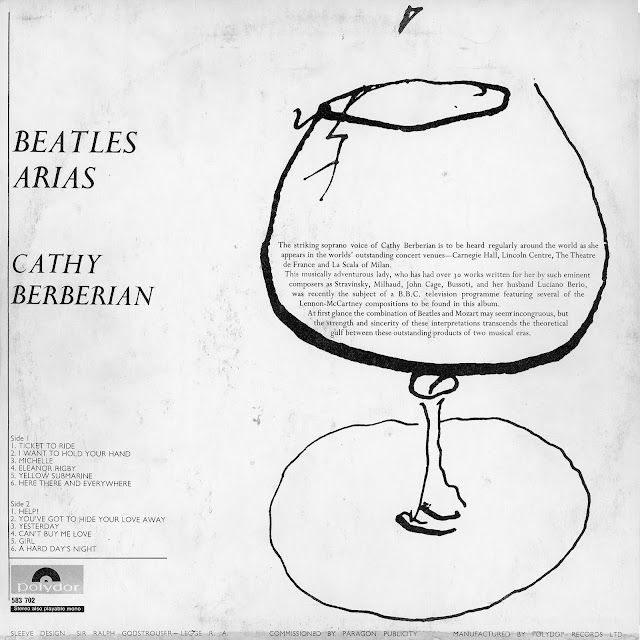 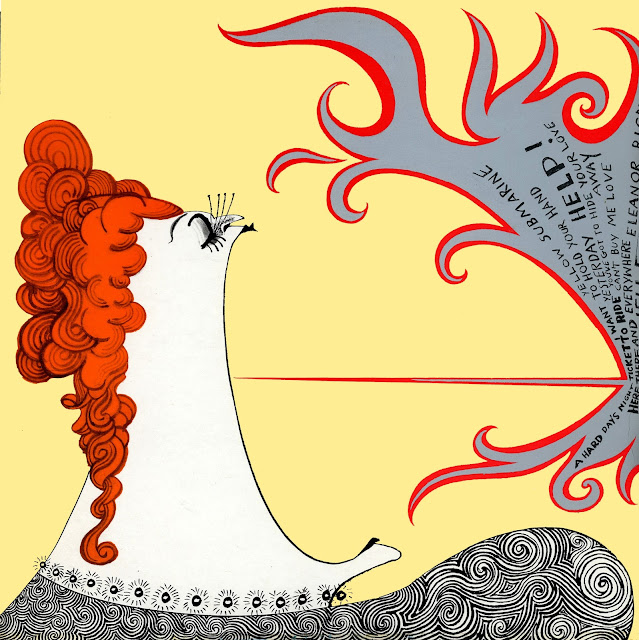 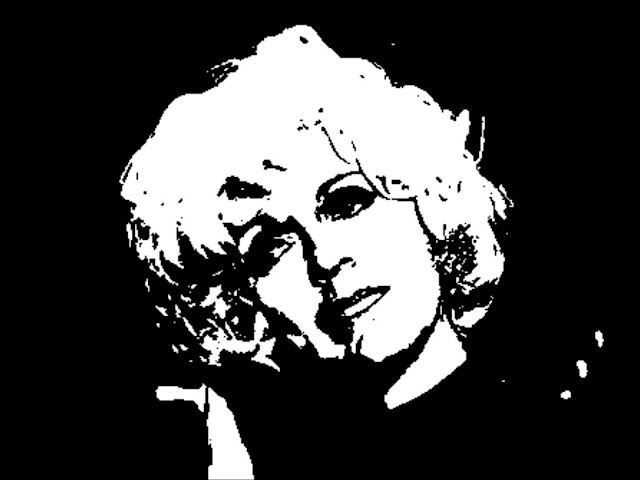