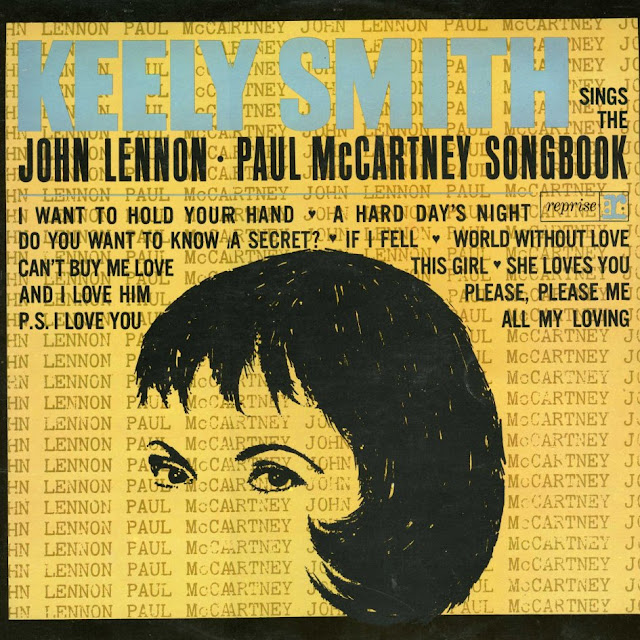 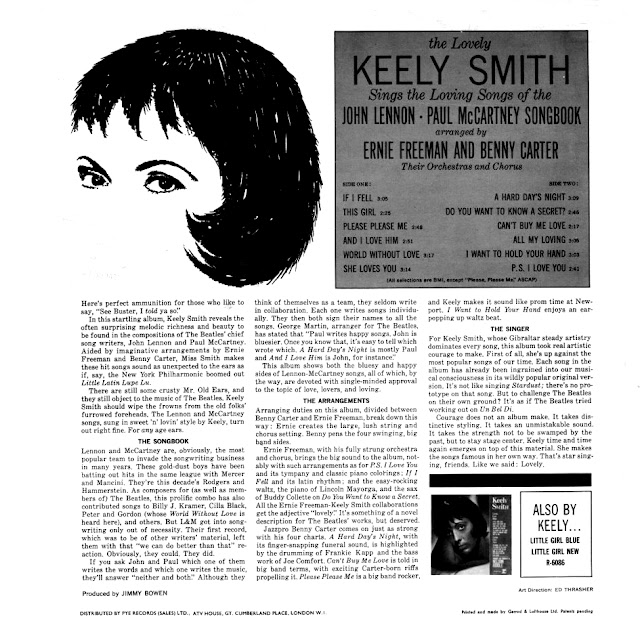 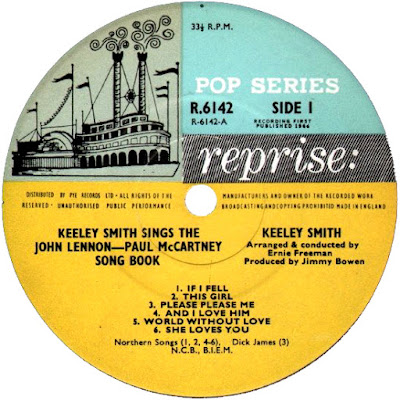 Helen Merrill (born Jelena Ana Milcetic, July 21, 1930) is an American jazz vocalist. Merrill's recording career has spanned six decades. She has recorded and performed with notable jazz musicians.
Merrill was born in New York City in 1930 to Croatian immigrant parents. She began singing in jazz clubs in the Bronx in 1944, aged fourteen. By the time she was sixteen, Merrill had taken up music full-time. In 1952, Merrill made her recording debut when she was asked to sing "A Cigarette For Company" with the Earl Hines Band; the song was released on the D'Oro label, created specifically to record Hines' band with Merrill. Etta Jones was in Hines' band at the time and she too sang on this session, which was reissued on the Xanadu label in 1985. At this time she was married to musician Aaron Sachs. They divorced in 1956.
Merrill was signed by Mercury Records for their new Emarcy label. In 1954, Merrill recorded her first LP, an eponymous record featuring trumpeter Clifford Brown and bassist/cellist Oscar Pettiford, among others. The album was produced and arranged by Quincy Jones, who was then twenty-one years old. The success of Helen Merrill prompted Mercury to sign her for an additional four-album contract.
Merrill's follow-up to Helen Merrill was the 1956 LP, Dream of You, which was produced and arranged by bebop arranger and pianist Gil Evans. Evans' work on Dream of You was his first in many years. His arrangements on Merrill's laid the musical foundations for his work in following years with Miles Davis.
After recording sporadically through the late 1950s and 1960s, Merrill spent much of her time touring Europe, where she enjoyed more commercial success than she had in the United States. She settled for a time in Italy, recording an album there and doing concerts with jazz musicians Piero Umiliani, Chet Baker, Romano Mussolini, and Stan Getz. In 1960 arranger composer Ennio Morricone worked with Helen Merrill on an EP "Helen Merrill sings Italian Songs"on the RCA Italiana label.
Parole e Musica: Words and Music was recorded in Italy with Umiliani's orchestra in the early 1960s while Merrill was living there. The LP features the unusual additions preceding each song, of spoken translations of eloquent Italian word lyrics, complementing the ballads and torch songs.
She returned to the U.S. in the 1960s, but moved to Japan in 1966, staying after touring there and marrying Donald J. Brydon (of United Press International) in April 1967. She developed a following in Japan that remains strong to this day. In addition to recording while in Japan, Merrill became involved in other aspects of the music industry, producing albums for Trio Recordsand hosting a show on a Tokyo radio station.
Merrill returned to the US in 1972 and has continued recording and regular touring since then. Her later career has seen her experiment in different music genres. She has recorded a bossa nova album, a Christmas album and a record's worth of Rodgers and Hammerstein, among many others. Two albums from Merrill's later career have been tributes to past musical partners. In 1987, she and Gil Evans recorded fresh arrangements of their Dream of You; the new recordings were released under the title Collaboration and became the most critically acclaimed of Merrill's albums in the 1980s.
In 1987 she co-produced a CD album, Billy Eckstine Sings with Benny Carter. In 1995 she recorded Brownie: Homage to Clifford Brown as a tribute to the trumpeter. One of her millennium released recordings draws from her Croatian heritage as well as her American upbringing: Jelena Ana Milcetic a.k.a. Helen Merrill (2000). The album combines jazz, pop and blues songs with several traditional Croatian songs sung in Croatian.
Merrill has been married three times, first to musician Aaron Sachs, secondly to UPI vice president Donald J. Brydon, and thirdly to arranger-conductor Torrie Zito. She has one child, a son, Allan, by her first marriage, who is also a singer, known professionally as Alan Merrill. 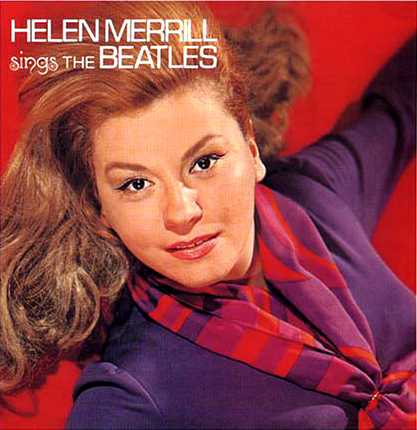 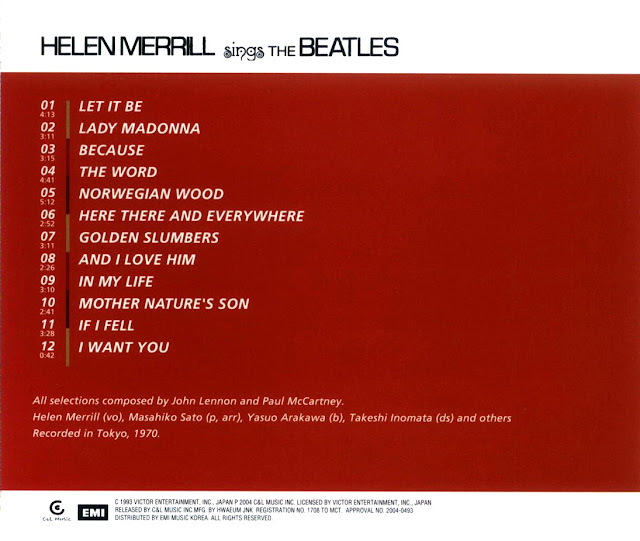 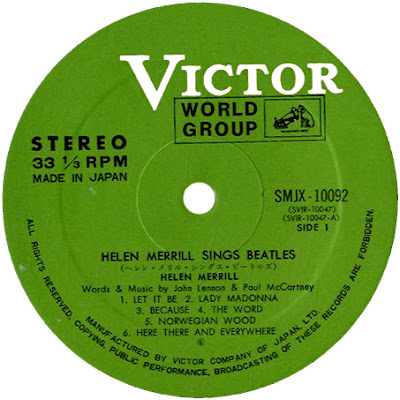 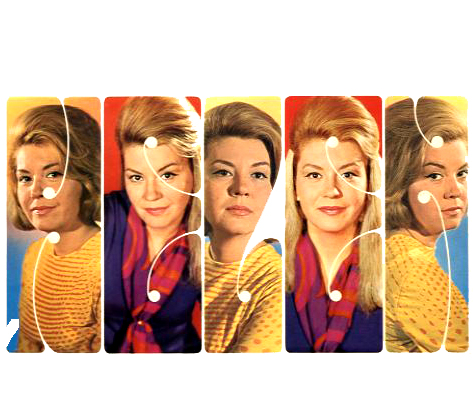