Johnny Mann and his vocal group The Johnny Mann Singers were involved in several classic rock 'n' roll and rockabilly recording sessions forJohnny Burnette (including "God, Country and My Baby"), The Crickets and several 1957–1958 sessions with Eddie Cochran, who was also signed to Liberty Records in Hollywood.

The Johnny Mann Singers' instrumental "Cinnamint Shuffle (Mexican Shuffle)" hit the US Pop chart in 1966. Their next single, a cover version of "Up, Up and Away", became the hit version of the song in the UK Singles Chart, rather than the US hit version by The 5th Dimension.

The Johnny Mann Singers performed a strongly patriotic musical presentation at the 1972 Emmy Awards telecast hosted by Johnny Carson.Following their performance, Carson returned to the stage and declared "War Bonds are available in the lobby," a sarcastic comment on the group's flag-waving. The remark offended some conservative viewers around the country.

Mann wrote a number of radio jingles, the most famous being Los Angeles station 93 KHJ as well as the "Sound of the City" jingle for KSFO inSan Francisco, California. This jingle became as requested as many of the songs played by KSFO in the era of Don Sherwood, and it was adapted by Mann for other radio stations around the country which included KFRC (AM) in San Francisco and CKLW in Windsor, Ontario.

Mann was credited as "Johnnie Mann" in some of his earlier works. His group's most notable alumna was Vicki Lawrence. In 1998, a Golden Palm Star on the Palm Springs, California, Walk of Stars was dedicated to him.

In 2010, Mann was awarded an honorary doctor of humanities degree from Anderson University in Anderson, SC. In April 2014 at the age of 85, he was a guest conductor of The South Carolina School of the Arts,  at Anderson University's spring gala where he led the university choir in performing the Johnny Mann Singers arrangement of "Up, Up and Away". At the song's conclusion, the audience of about 1,000 stood in Mann's honor.

The Lp album this posting was launched in United States in 1965 by Liberty Records. 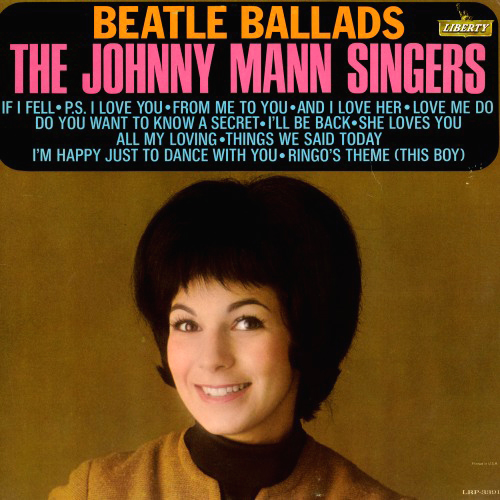 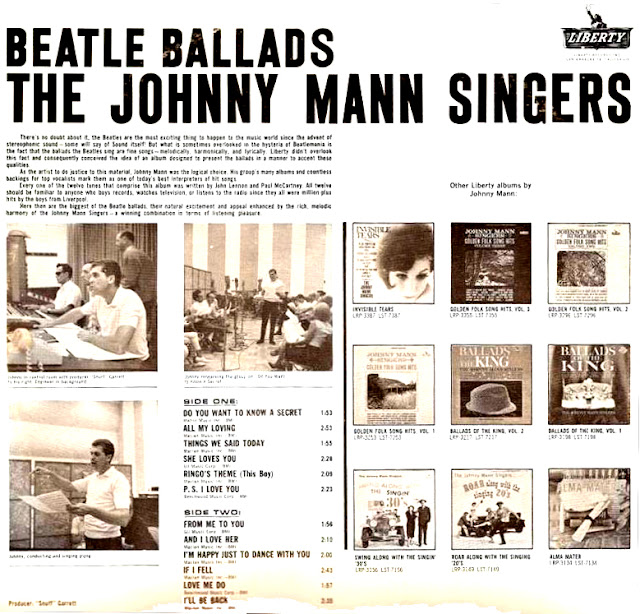 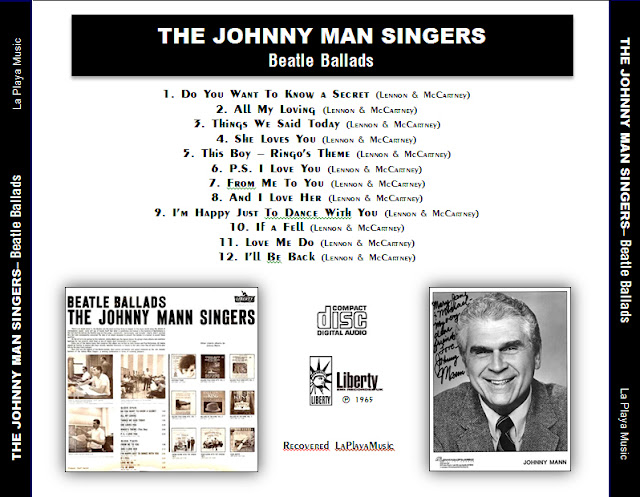